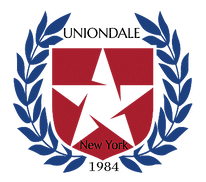 Despite its unveiling five years ago, the project has stalled in the Nassau County Legislature because county officials refuse to put the project on its agenda. Funding for the project has already been secured, but Republican party officials have said publicly that they will not vote to move the project forward due to political gridlock. County and Town of Hempstead officials announced the project in August 2012.

The protest comes after years of attempts by civic organizations and residents of Uniondale to urge the county’s action through speaking publicly at monthly legislative sessions and writing to county representatives.

“The legislature’s inaction is part of a systemic disinvestment in a minority community,” said Pearl Jacobs, president of Nostrand Gardens Civic Association. “Neighboring communities, including East Meadow and Baldwin, have seen investment in beautification and infrastructure, but Uniondale is still waiting for this five year- old project to be placed on the agenda.”

The protest on June 19 will coincide with the Nassau County Legislature’s monthly legislative session. A free bus provided by the Uniondale Fire Department will transport Uniondale protesters from the Uniondale Library at 400 Uniondale Ave. at 11 a.m. and return to the library following the event.

The most recent movement on the project happened in May 2016, when phase I of the contract was filed with the Nassau County legislature. While the county has borrowed the funds and has selected the contractor to begin work (the contractor was selected on November 10, 2015), the Presiding Officer, Norma Gonsalves refuses to put the project on its agenda, a procedural step required to bring the project to a vote.

The Uniondale Avenue Streetscaping Project is a $2 million investment in beautification that includes new walkways and streetlights that will enhance the downtown’s walkability and visual appeal. The project transforms the downtown strip into a welcoming entranceway for visitors traveling from the Southern State Parkway and entering Uniondale to gain access to the Nassau Veteran’s Memorial Coliseum, the HUB redevelopment, Hofstra University and Nassau Community College.